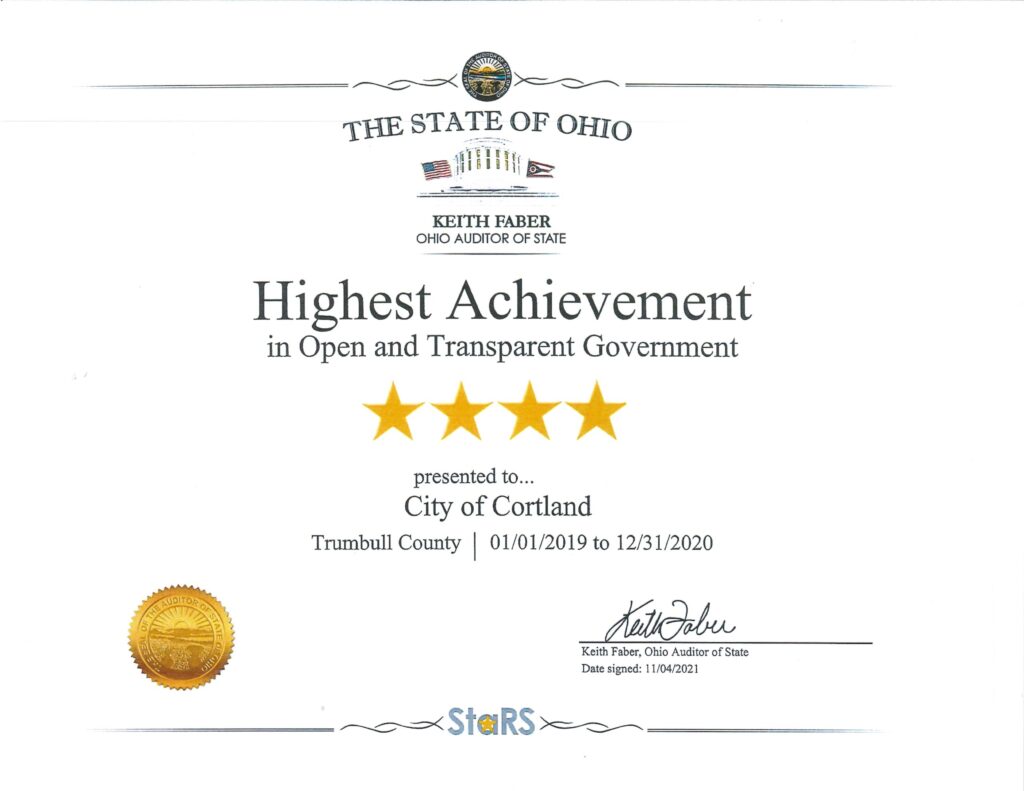 In November 2019, Ohio Auditor of State Keith Faber announced his plan to create a program that would encourage public entities to be more open and transparent. The program he launched was called the StaRS, rating system. StaRS  was created to acknowledge the accomplishments of those that were meeting Ohio’s public records and open meeting law, and to recognize those public bodies that are exceeding those legal standards by implementing a number of identified best practices. These procedures and practices are not required by law but suggested to help public offices meet and fully address the requirements of the law. Each public office’s StaRS level will be based on compliance and the number of best practices implemented.

In the city’s most recent audit, the City of Cortland was awarded 4 stars, the “Highest Achievement” in open and transparent government!