1795
The Greenville Treaty is signed, permitting U.S. settlement of the Western Reserve located east of the Cuyahoga River. August 3, 1795.

1804
In the winter of 1804/1805 Edward Schofield, originally from Connecticut, and John Budd became the first settlers in Bazetta, having moved there from Hubbard. Schofield built his log cabin at what is now the corner of Hillman and High streets in Cortland.

1808
John Hulse, son of Henry K. Hulse, was the first white child born in the township.

1811
Edward Schofield and Jeremiah Brooks built a gristmill in “Courtland.” along Walnut Creek. It was the second frame structure built in the town, a milk house being the first.

1812
Most of the Native American population had left the area by this time.

1813
The first school in Bazetta was built on Walnut Run and administered by Charlotte Bell. Many area settlers were called upon to defend their country in the War of 1812.

1816
Samuel Bacon came to Bazetta Twp. where his family operated a sawmill (and/or the gristmill?) from 1816 to 1850. As Bacon built some of the first frame store buildings in the community, the Cortland area was called Baconsburg.

1819
The Baptist Church in Warren granted permission to form a congregation and church in Bazetta.

1820
January 22nd, Formation of the Baptist Church congregation in Baconsburg.

1824
Construction of the Presbyterian Church.

1841
Arriving from County Tyrone, Northern Ireland, Nathaniel Lowry is said to have left his wife and child in Conneaut and walked from there to Bazetta, Trumbull Co., Ohio where he selected land on which to build a cabin. He purchased Lot 29 and built a home for his family that eventually included 7 children.

1848
The Bazetta Christian Church was founded by Calvin Smith, a veteran of the War of 1812.

1853
Cortland Christian Church was constructed to replace their first building constructed in 1837. The land was donated by Samuel and Enos Bacon. 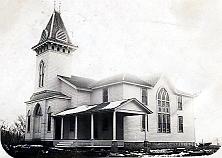 1871
James McCleery is interred in the Christian Church Cemetery in Cortland. He was born in Mecca Township, December 2, 1837. Was wounded at the Battle of Shiloh during the Civil War, and lost his right arm. Died in New York, N.Y. on November 5, 1871 during his term as the U.S. Representative from Louisiana 4th District.

1874
The village of Cortland became a reality when the railroad built a depot there.

1879
H. Robinson is elected Mayor and serves for 2 years.

1882
The population of Cortland village is 614 people. There are three churches, two newspapers, stores, and mills.

1888
October, 1888 - Cicero Case a shoemaker and farmer born in Hartford Co., Conn. died in Cortland at age 79 and is buried in the Disciples of Christ Cemetery, Cortland, Trumbull Co., OH. His wife Nancy (Hungerford) was also laid to rest there after her death in 1904.

1892
J. L. Christy is elected Mayor and serves for one year.

1896
Wells D. Holcomb is elected Mayor and serves for 2 years. An ordinance is passed against Ice and Snow on Sidewalks.

1898
Nelson Cowdry is elected Mayor and serves through 1903.

1911
Lewis C. Hutton is elected mayor and serves through 1914. He is again elected in 1918 and serves for 8 additional years until 1925. 'Lew" Hutton is a Civil War veteran born in Chester county, Pa. August 8, 1845. He enlisted at the outbreak of the Civil War and served to the end of the conflict. He married Ella Post of Cortland after moving to Cortland after the War. 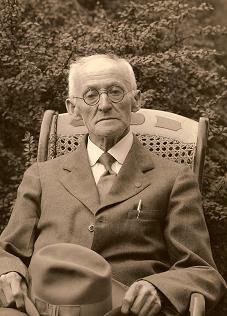 1915
H. H. Roe is elected mayor and serves until Jan 31,1916 at which point he resigns.
L. H. Blair serves as mayor the remaining term through 1917.
Establishment of the Trumbull Co. branch of the Ohio Agricultural and Development Center, located at the site of the present fairgrounds.

1916
The foundation for the barn currently standing at our (Don Brobst Jr) farm was poured on September 1, 1915. In the spring of 1916 a tornado blew the barn over before anything could be stored there. Tin from the roof was found beyond Johnston station (Since this was the only thing hit in the area they knew where the tin came from). Enough tin was salvaged for the west side of the new roof and the good lumber went back into the new barn and a full shed section was added to the front. 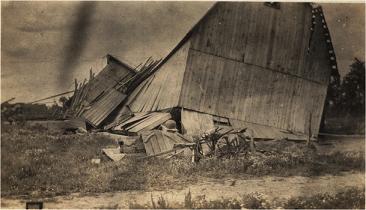 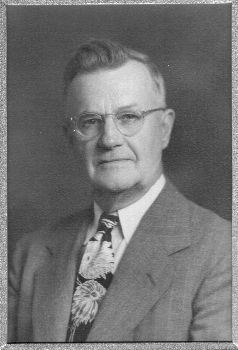 1930
Plans were drawn up to dam the Mosquito Creek under the Federal Flood Control Act, to alleviate floods on the Mahoning, Beaver and Ohio rivers, and also supply water for the city of Warren. Congress had voted to spend $4,385,000 for the project.

1938
On November 19Death of Emanuel E Rice who operated an early gas station in cortland (Dad Rices station) "He was my grandfather. In the 30's one of my biggest excitements was punching punchcards there." Patricia A (Rice) Schaller

1943
The Army Corps of Engineers moved 400 graves from the old Bazetta Cemetery on Rt. 305 to the West Bazetta Cemetery. The old cemetery site was soon under the waters of Mosquito Lake.

1944
Completion of the Mosquito Reservoir and Dam that holds 34 billion gallons of water over 7,850 acres of land.

1946
U.S. Army Corps of Engineers enters into an agreement with the Ohio Department of Natural Resources to jointly manage the recreation on the Mosquito Lake. 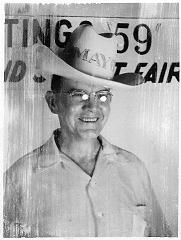 1956
Bazetta and Cortland consolidated their schools to form the Lakeview Local School District.

1956
John Kocka, Harold Shilling and Owne Grove are elected to Village Council and Beryl Robinson is President of Council.

1960
Dan Galbincea, owner of the Causeway Sport Shop in Mecca, invented the legendary fishing lure, the "Erie Dearie.” As he loved to go fishing his wife Helen would say, “Fine go to your Lake Erie, "Dearie," and that is how they came up with the name. 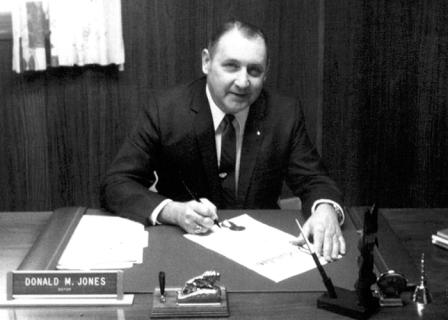 1981
April 19, 1981 - The Village of Cortland Officials were notified that the 1980 Federal Census Count was 5,011 making it of city status. The Board of Public Affairs dissolved and a Civil Service System was created on September 21, 1981.

1984
Inventor and fishing boat captain Dan Galbincea was inducted into the Ohio Sportsmen's Hall of Fame for his "inventing, pioneering and marketing skills."

2004
Curt Moll becomes Mayor 2004 - 2015 (12 years)
Mayor Moll was one of the longest serving Mayors in the City of Cortland joining Lewis Hutton who also served 12 years in office. 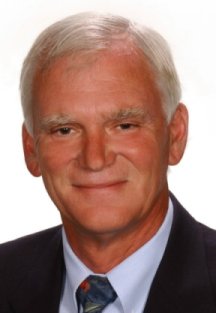 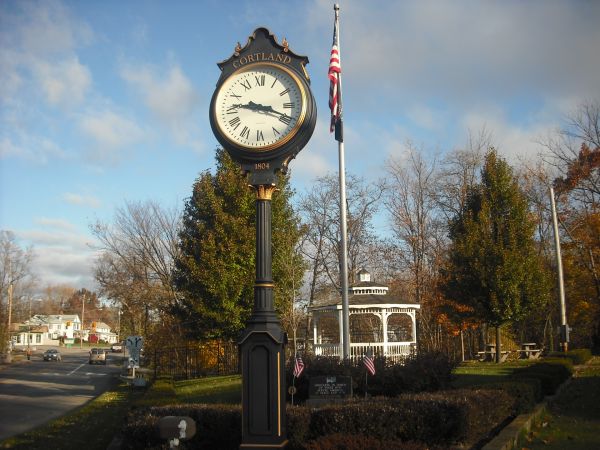 2018
Lakeview Schools consolidated closing Bazetta Elementary in Bazetta Township and building a new PK - 8 building in the City.  The new school was built at the location of the old middle school which was demolished. 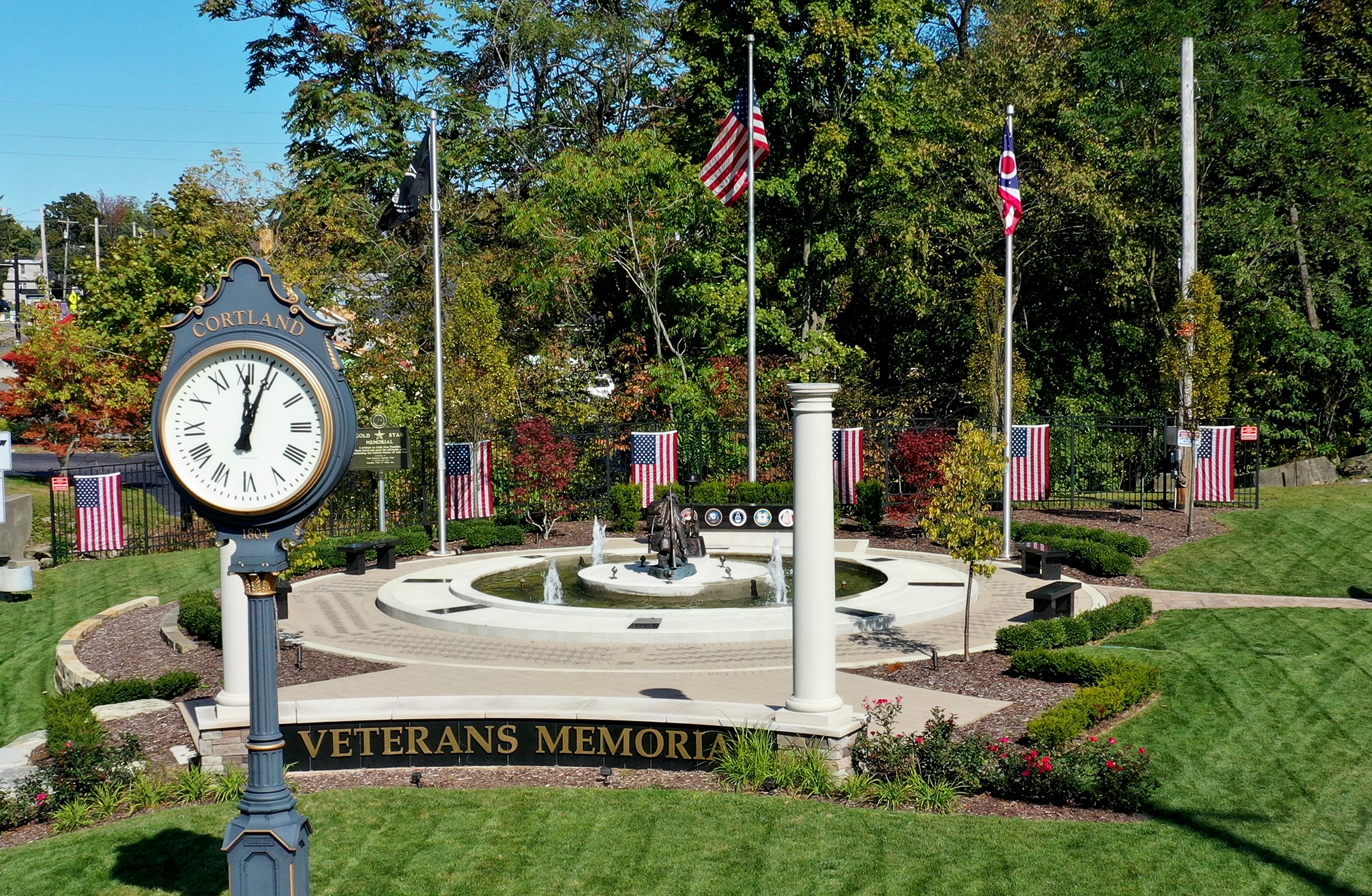